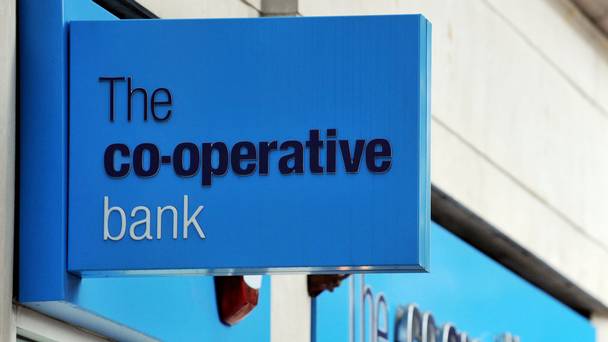 The announcement comes after Banco Sabadell on Tuesday joined a growing list of lenders shunning the chance to snap up the business, with Secure Trust pulling out of the race and Metro Bank stating that it's only interested in parts of the lender.

The bank, which has four million customers, said preliminary expressions of interest must be submitted by the first half of April.

Updating on the sale, it said: "Following an assessment of those preliminary expressions of interest, the bank plans to proceed to a second phase of the sale process where selected parties will be provided with additional information in order to continue their due diligence with a view to making an offer for all of the issued ordinary share capital of the bank."

However, the Co-op Bank said there could be no certainty that a final offer will be made or be accepted by the organisation and its shareholders.

Alongside the second part of the sale process, the bank said it will continue to try and raise cash from new and existing investors.

The lender, which has been working with advisers UBS and Bank of America Merrill Lynch, put the business up for sale on February 13.

The move comes after its ability to meet longer-term UK bank regulatory capital requirements was hampered by low interest rates and the higher than anticipated transformation and "conduct remediation" costs.

It announced at the beginning of March that losses for 2016 had reached £477.1 million as it grappled with "legacy issues" of the past, although it narrowed losses from £610.6 million in 2015.

The Co-op Bank has suffered a dire past four years after a deal to buy rival TSB fell through in 2013 following its discovery of a £1.5 billion accounting black hole, which was triggered by an ill-fated merger with Britannia Building Society.

As well as the large hole in its balance sheet, the Co-operative Group was also engulfed by scandal after controversial former chairman Paul Flowers, who was a Methodist minister, was filmed buying class A drugs and later fined for drugs possession.

The group, which owns 20% of the bank, embarked on a top-level shake-up at the beginning of February that will see Richard Pennycook step down as group chief executive.

The move, which will see food boss Steve Murrells take the helm, was accompanied by comments from chairman Allan Leighton, who refused to rule out pumping more money into the loss-making lender.