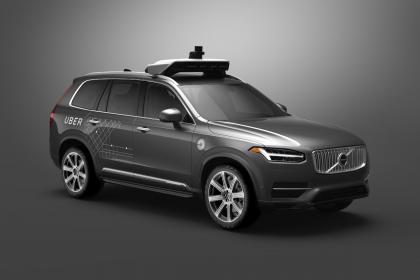 Uber hit the headlines when it began autonomous car road trials last year, but now the programme has been halted after an accident in Arizona left a driverless test car on its side.

The accident, which involved a Volvo XC90 fitted with self-driving equipment, saw the SUV flip over onto its side after a collision with a another car. The crash occured even though reports suggest there was two safety engineers at the wheel ready to take over control. No injuries were reported as a result of the accident.

According to the local police in Tempe, Arizona, the other car involved "failed to yield" to the Volvo at a left turn. The damaging incident is just one of a number in a tough week for the global ride-hailing brand, with the ethics of bosses called into question by stories about workplace practices.

In a statement, an Uber spokesperson said "we are continuing to look into this incident and can confirm we had no backseat passengers in the vehicle". Currently, only the Arizona self-driving trials have been stopped while an investigation takes place.