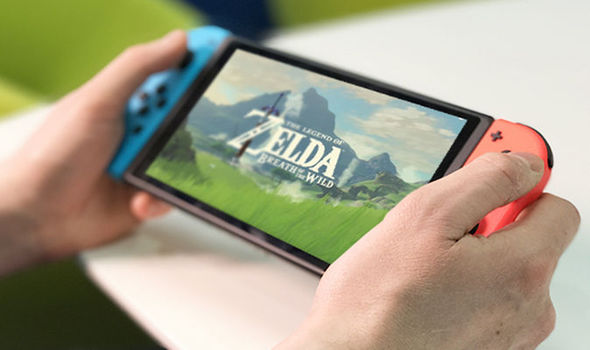 Nintendo Switch owners will definitely want to keep an eye on this year's E3 gaming expo, as Nintendo confirms that it has major plans for the upcoming event.

In addition to Nintendo Switch game announcements, Nintendo has promised to reveal new games for the 3DS.

"E3 is always a big time for Nintendo," Nintendo of America boss Reggie Fils-Aime told Fox News. "We look at each E3 as a unique opportunity to tell our story. And we’re gonna have a big E3 this year.

"We’re going to be showcasing a variety of games. We will have experiences for… consumers will be able to attend the show for the very first time.

"So I’m not gonna tell you all of the various games and all of our little secrets for E3, but I can tell you that E3 is going to be a major opportunity for us to showcase not only Nintendo Switch, but also content coming to Nintendo 3DS."

Nintendo Switch owners will be particularly eager to see what Nintendo has in store for the second half of the year in terms of exclusive games.

Super Mario Odyssey is coming towards the end of the year, but there are rumours of a Super Smash Bros re-release, similar to Mario Kart 8 Deluxe.

Hopefully by E3 Nintendo will have completely fixed those left Joy-Con connectivity issues.

Nintendo had previously denied that the issues were widespread, with Nintendo of America president Reggie Fils-Aimé recently saying that he doesn't believe the problem is a significant one.

But in a recent update, Nintendo has now said that it has identified the problem and has altered the manufacturing process.

And with Nintendo Switch stock selling out fast, it shouldn't take long for the issue to resolve itself.

And if the Nintendo Switch Joy-Con issues don't bother you, then you might be able to grab a console over the course of the next week.

Nintendo Switch Amazon units will be back in stock on March 31.

That's one day after Tesco, which claims the console will arrive on March 30. The Tesco website also lets you sign up for stock alerts.

Individual Argos stores have also been a good source of Nintendo Switch stock, so it's worth checking the website for more information.