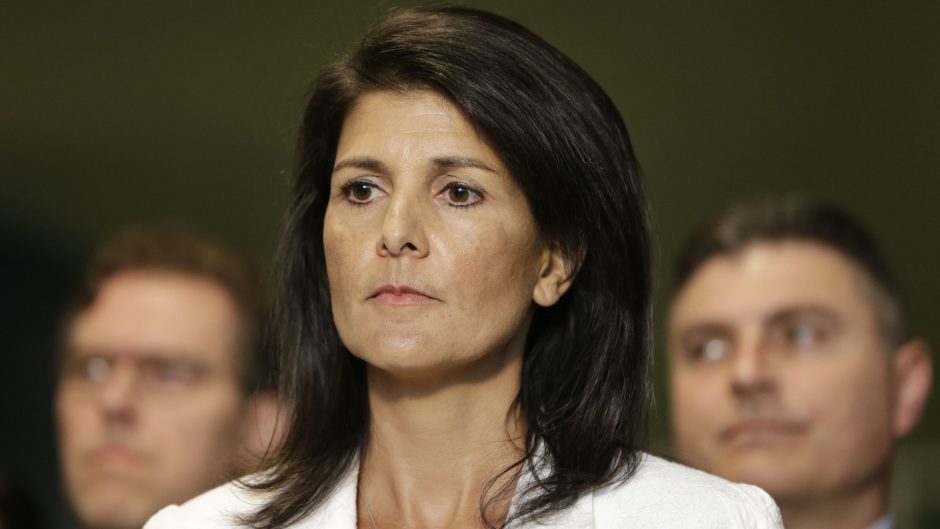 Supporters of the potential pact say it is time to push harder towards eliminating atomic weapons than nations have been doing through the nearly 50-year-old Nuclear Non-Proliferation Treaty.

Supporters of the potential pact say it is time to push harder towards eliminating atomic weapons than nations have been doing through the nearly 50-year-old Nuclear Non-Proliferation Treaty.

With international tensions rising while public awareness of the nuclear threat has waned, “the need for progress on nuclear disarmament has rarely been as urgent as it is today”, UN under-secretary general for disarmament Kim Won-soo said as the talks opened.

More than 100 countries voted for a UN General Assembly resolution last year to start discussions, with nations including Austria, Brazil and Ireland leading the effort.

But the US and several other nuclear powers say a ban will not work and the world should stick with a more gradual approach.

“As a mum, as a daughter, there is nothing I want more for my family than a world with no nuclear weapons. But we have to be realistic,” US ambassador Nikki Haley said as she and colleagues from the UK , France and about 20 other nations, not all of them nuclear states, gathered outside the General Assembly hall to show opposition to the talks.

Ms Haley argued that a treaty would end up disarming nations “trying to keep peace and safety”, while “bad actors” would not sign on or comply.

Pyongyang carried out two nuclear tests last year and has continued to test ballistic missiles as recently as this month, in violation of UN resolutions.

The North has said its nuclear efforts are meant as a deterrent against what it sees as US hostility.

Opponents of the ban say gradual disarmament has made a difference. The US has reduced its nuclear arsenal by 85% under the Non-Proliferation Treaty, Ms Haley said, and the UK has cut its nuclear forces by over 50% since the height of the Cold War, according to ambassador Matthew Rycroft.

Chinese and Russian representatives did not join the boycotters’ news conference, but the two countries had said previously that they would not participate in the talks.

Japan, which during the Second World War experienced the only atomic bomb strikes in history, did take part in opening remarks on Monday. Saying that North Korea’s actions challenge the non-proliferation approach, Japanese representative Nobushige Takamizawa said it was “crucial to have a realistic perspective as to how nuclear disarmament measures can contribute effectively to addressing actual security concerns”.

The negotiations aim to create “a legally binding instrument to prohibit nuclear weapons, leading towards their total elimination”. Backers hope a document will be produced by July.

Any treaty would bind only nations that ratified it, but despite the opposition from key nuclear players, supporters of the ban feel it could help create a new international norm of rejecting atomic arms.